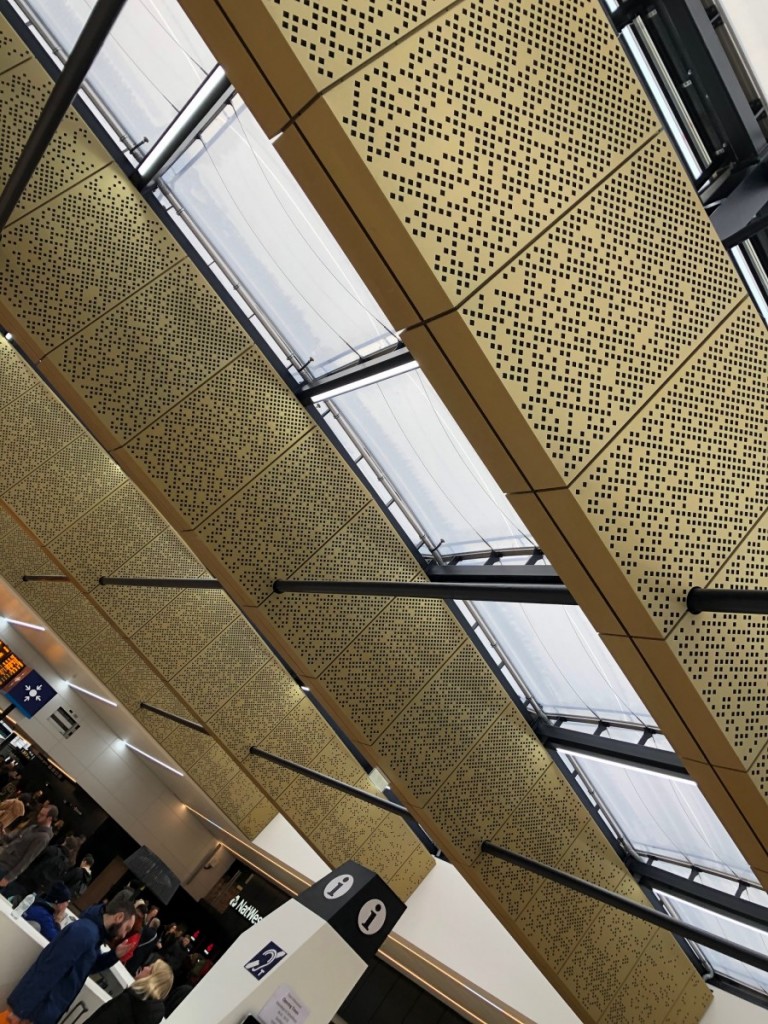 Let There Be Light

OK, here’s a little Christmas quiz for you – what do the roof at Leeds Rail station, Brexit and the Sagrada Familia have in common?

Well, they’ve all taken (or more accurately, are taking) longer to complete than they should have, all for similar reasons.

Just as the end point is in sight for the completion of the first in that list, so the General Election result should set up a significant move forward for the second. As for the third, well, current estimates for completion are 2026, the centenary of Gaudí’s death, although I’m not holding my breath.

The saga of the new roof at Leeds is one that typifies how we often plan infrastructure in this country, which can often lead to delay. The idea of allowing natural light into the main concourse was discussed as far back as the last major upgrade of the station that was completed in 2002, but combinations of funding, making an economic case and the way in which the UK’s rail network has often been used as a political football have all contributed to the delays. This probably sounds familiar to any practitioner that has tried to make the case for transport investment in the North of England in recent years.

Of course, that is not necessarily the case in London, with the recent annual update from IPPR North confirming the ongoing disparity between the South East and much of the rest of the country in spending per head. But for much of the time period covered by this analysis, London’s transport was the responsibility of one Boris Johnson – the same person who now has a comfortable parliamentary majority and is promising major investment in the North.

Whichever side of the Leave/Remain divide you sit on, most people agree that the uncertainty over Brexit has gone on for too long – certainly as a small business, it has impacted on our thinking about future plans. But the skies are starting to clear now and, with more certainty, should in theory come the chance to set out what all of the promises made in the run-up to 12 December mean in practice.

This will be done under the watch of a Prime Minister who says that he “gets” devolution from his time in London. For the North and Midlands, the added interest comes from a fresh batch of parliamentary colleagues that also “get” the particular needs of their areas and who should press the Government to make sure that investment follows this need. We now need to see this investment in the North to support growing a sustainable economy and our efforts to create jobs and opportunities for all our communities.

A likely budget in February, the response to the Oakervee and Williams Reviews and the publication of the long-trailed National Infrastructure Strategy will show us all whether we can look forward to a strong pipeline of much needed investment, backed up by longer term funding commitment and a real say for local people. Or whether we’re going to just go back to a situation of centralised control that results in the sort of delays that have bedevilled the new roof at Leeds station and many projects like it.

There is one final note of caution, however. The official ‘opening’ of the new roof at Leeds station involved some fanfare and a clearing of the construction materials around it for the photocalls, only to replaced shortly afterwards by more works that actually do finish it. This suggestion that the scheme was finished on time when there was actually much more to do is something that we must watch as the future trade negotiations with the EU accelerate in 2020. Worse than La Sagrada, hanging on over a century for a project to finish, would be giving us a glimpse of the light before the darkness rolls in again. I quite like the light at this time of year, and I’d like it to stay.