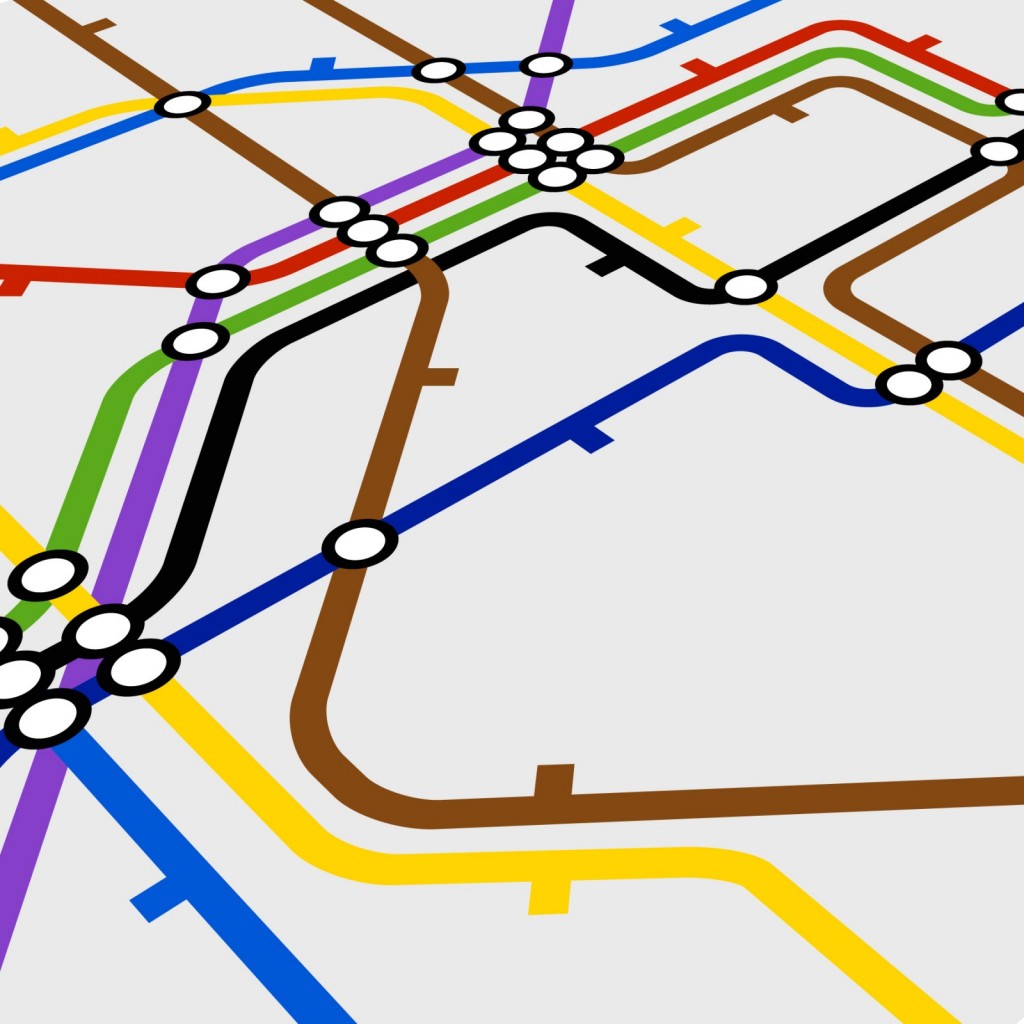 In November this year, I had the privilege of becoming Chair of the Institution of Civil Engineers’ Transport Expert Panel. This has necessitated me spending quite a bit of time recently in London, and during one walk from the ICE’s headquarters in Westminster to meet a friend at Holborn, my eye was taken by a striking vision in a bookshop window near Leicester Square.

If you haven’t already seen it, I would urge you to look at a copy of “Transit Maps of the World” by Mark Ovenden. Billed as the only comprehensive collection of historic and current maps of every urban train system on earth, it is a lovingly researched and beautifully presented book that should be on every transport planner’s Christmas list this year.

Too often as planners and engineers we can get bogged down in detail of schemes, bids, politics and announcements, whilst missing the simple reason why we do what we do – to help people go about their daily lives. Having purchased the book there and then (I’d already sent Santa my list), I was consumed when reading it on the way back by feeling of how simple transport can be if we let it.

Each of the lines on each of the plans elegantly drawn throughout the book interact and intersect like the lives of the people they serve. Sometimes it may pay us all to take a step back and remember what transport is for and how the most simple and straightforward means of communication is often the most effective.

The United Kingdom provides 10 of the 300 plus maps within the book, which could be seen as an indictment of how we have viewed urban transit over recent decades, or could be a symbol of something else – that the industry is not that great at communicating what we have and what we do.

I used the book in a pitch the following day, suggesting that we could prepare a draft transit map for a nearby city region within two weeks, taking the multitude of maps that were prepared by different organisations at present and presenting them in a more simple way. We didn’t win the pitch (although I wait to see whether my idea is taken up), but the genuine excitement the idea seemed to elicit with colleagues suggested that here was something with value, or at least an idea that people were enthused about.

Communication and information are becoming increasingly important in the modern world, and we have to recognise that and use the right tools to help develop the infrastructure needed for the next generation. Whilst that will inevitably include new runways, large skyscrapers, new bridges and, increasingly, climate change adaption measures, when you look at the simplicity of the lines on the maps in that book, you realise that all we need sometimes is a splash of colour in our lives.

Merry Christmas and a Happy New Year to all.