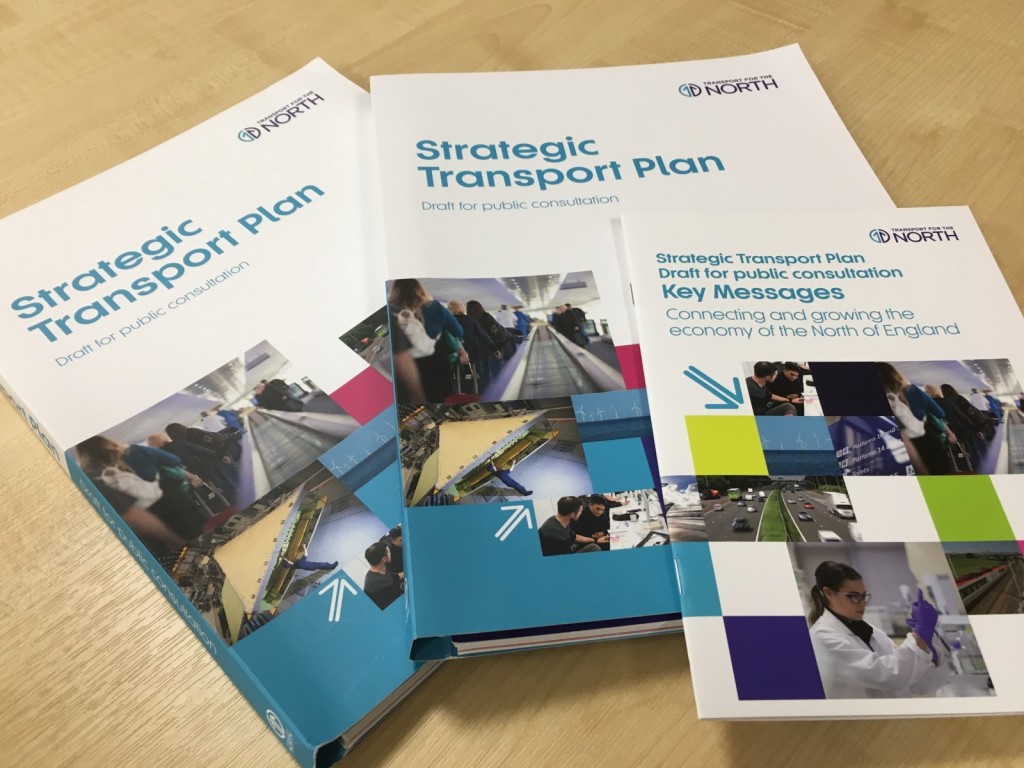 You Had One Job…

OK, so first of all, an apology – we’ve been a bit quiet on the Directors’ blog front for the past 18 months, but I can assure you that there is a good reason for that, more of which later.

But whatever the reason, now seems a good time to get back out there, given that the last two weeks has marked quite an important time for transport across the North of England. Because within that time, the Statutory Instrument has been signed to make Transport for the North (TfN) a statutory body from 1 April, and TfN itself has been quite busy, publishing its draft Strategic Transport Plan – a 30 year vision for how transport can support transformational growth across the North of England.

Now there has been quite a lot of noise within the press and political circles about the powers that TfN has or hasn’t got from April onwards, most notably illuminated by Lord Prescott at an event in Hull to mark the launch of the Strategic Transport Plan. As is often the case with these things, the subtleties get lost in the rhetoric.

As a statutory body, one of TfN’s most important roles is to make clear recommendations on behalf of the North direct to the Secretary of State as to the strategic road and rail priorities that should be included in Highways England’s and Network Rail’s next five year funding periods. The legislation also allows for a feedback loop that requires the Secretary of State to report back directly to TfN’s leadership if they do not accept those recommendations.

Granted, this does mean that the ultimate decision is still made in Westminster, but then so do many transport decisions, even some of those labelled in the media as being “devolved”. Without doubt, though, this new position gives the North an unprecedented level of direct influence in the decision making process, something which should not be dismissed in the way that some commentators have.

We should also remember that Transport for London, with whose powers TfN’s have often been compared in the last two weeks, started with far less powers in 2000 than the organisation has now. This is also true of the devolved administrations in both Wales and Scotland. Devolved powers have to be earned – devolution is a two-way street, and the North needs to prove itself, making the case for more powers in the future unequivocal.

The way in which TfN plans to set out its recommendations to Government is through its Strategic Transport Plan. Now this is where I have to declare an interest (and give my excuses) – for the past 14 months, I have been helping the team at TfN to prepare the Plan. So obviously I’m going to say that it’s well worth the wait.

But even if I hadn’t been involved, my reaction to the Plan would have been exactly the same – this is a quite unique achievement, both in actually getting 19 Civic Leaders and 11 Business Leaders to agree on a single document, but, more importantly, in setting the transport improvements that we need in the context of the economic opportunity that we can give to all of the people across the North.

The Plan isn’t perfect, but it has never been attempted or delivered at this spatial level in the UK before, and everyone in the North with an interest in allowing the great places in which we live and work the chance to fulfil their potential should take the time to read it, and to get behind it. Because, back to my earlier point, only by showing Westminster how united the North is behind this Plan will we send the strong message back that the North is clear about its priorities and its needs.

Then, how the Government responds when the Plan is finalised later this year will show us all how serious they are about rebalancing the economy and delivering a new Industrial Strategy. If the response isn’t positive, there may be a few more people tempted to show their frustration with their feet.

More detail about TfN’s Strategic Transport Plan, and how to get involved in the consultation process, can be found at http://transportforthenorth.com/stp